We’re another month into 2018 (seriously, where does the time go?!) and so it’s time to catch up on my progress in my Mount TBR Challenge.

I initially signed up for Pike’s Peak, which I’m delighted to say that I have already completed!

The books from my backlist that I read this month included:

So, I’ve now read 16 books from my backlist, which, from a challenge perspective, means that I’ve completed Pike’s Peak, and I’m currently a third of the way up Mount Blanc: 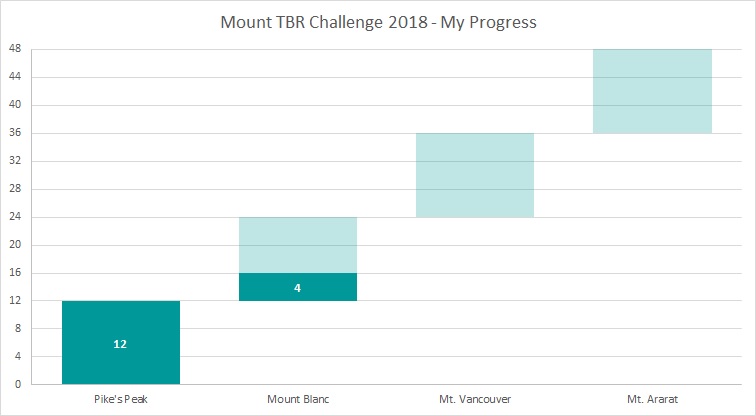 I was doing really well at reducing my TBR, and then I went to the Orenda Books Roadshow on 27th February.  This was an absolutely wonderful evening, and whilst I did manage to show some self-restraint (I only bought three books!!!), it did mean that my TBR didn’t go down as much this month: