I haven’t had as much time as usual to read this week, as between work and a wedding I’ve been kept pretty busy.  I’m hoping that I’ll be able to pick up the pace a little this week!

I’ve just finished reading Love and Other Consolation Prizes which I really enjoyed.  My review will be up later this week.

1909, Seattle. At the World’s Fair a half-Chinese boy called Ernest Young is raffled off as a prize. He ends up working in a brothel in Seattle’s famed Red-Light District and falls in love with Maisie, the daughter of a flamboyant madam, and Fahn, a karayuki-san, a Japanese maid sold into servitude.

On the eve of the new World’s Fair in 1962, Ernest looks back on the past, the memories he made with his beloved wife while his daughter, a reporter, begins to unravel their tragic past.

I’m currently reading The Fourteenth Letter, which has a fantastic premise, and has started well. 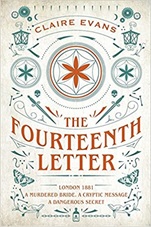 A mysterious keepsake, a murdered bride, a legacy of secrets…

One balmy June evening in 1881, Phoebe Stanbury stands before the guests at her engagement party: this is her moment, when she will join the renowned Raycraft family and ascend to polite society.

As she takes her fiancé’s hand, a stranger holding a knife steps forward and ends the poor girl’s life. Amid the chaos, he turns to her aristocratic groom and mouths: ‘I promised I would save you.’

The following morning, just a few miles away, timid young legal clerk William Lamb meets a reclusive client. He finds the old man terrified and in desperate need of aid: William must keep safe a small casket of yellowing papers, and deliver an enigmatic message: The Finder knows. 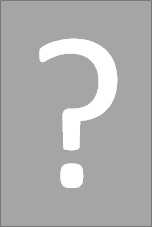 My next read is to be confirmed, but it will be one of the titles from this year’s Man Booker Prize shortlist, which hadn’t been announced at the time of writing this post (I always prepare it the night before it’s posted).

I’m going to try through the whole shortlist this year ahead of the winner being revealed on 17 October, so it my next read will depend on what is on the shortlist, as well as what I can get my hands on first.

And that’s my week in books!  What are you reading this week?