I love the idea of book subscription boxes – a regular delivery of a (hopefully!) new book, plus a few little gifts based around a theme.  It’s like getting a wonderful bookish present even if it’s not your birthday.  Coincidentally, it is my birthday later in the week, so this was an extremely timely delivery!

But now there’s a new book box on the scene.  Following a hugely successful Kickstarter campaign, the first Ninja Book Boxes have been released.  Ninja Book Box is a little different to what I’ve seen on the market as it will supply books for a variety of genres whilst promoting indie publishers.

I was suitably intrigued, and supported the Kickstarter campaign, which was the only way to get the first box.  My pledge rewarded me with:

Without further ado, here’s my unboxing of the first Ninja Book Box.  Please note, this does contain spoilers, so feel free to look away now!

Upon opening the box, I was thrilled to see that it was absolutely jampacked!  Showing an unusual amount of restraint, I unpacked everything in the box without opening anything:

What a treasure trove!  I started with the goodies shown on the left, which included:

I love the colours and the relatively straightforward design, this is very “me”.

A coaster with a beautiful star print:

This has an excellent quality feel to it, and the back is cork so no danger of scratching the surface it’s placed upon.

A starry nights tea towel (spotted the theme yet!?): 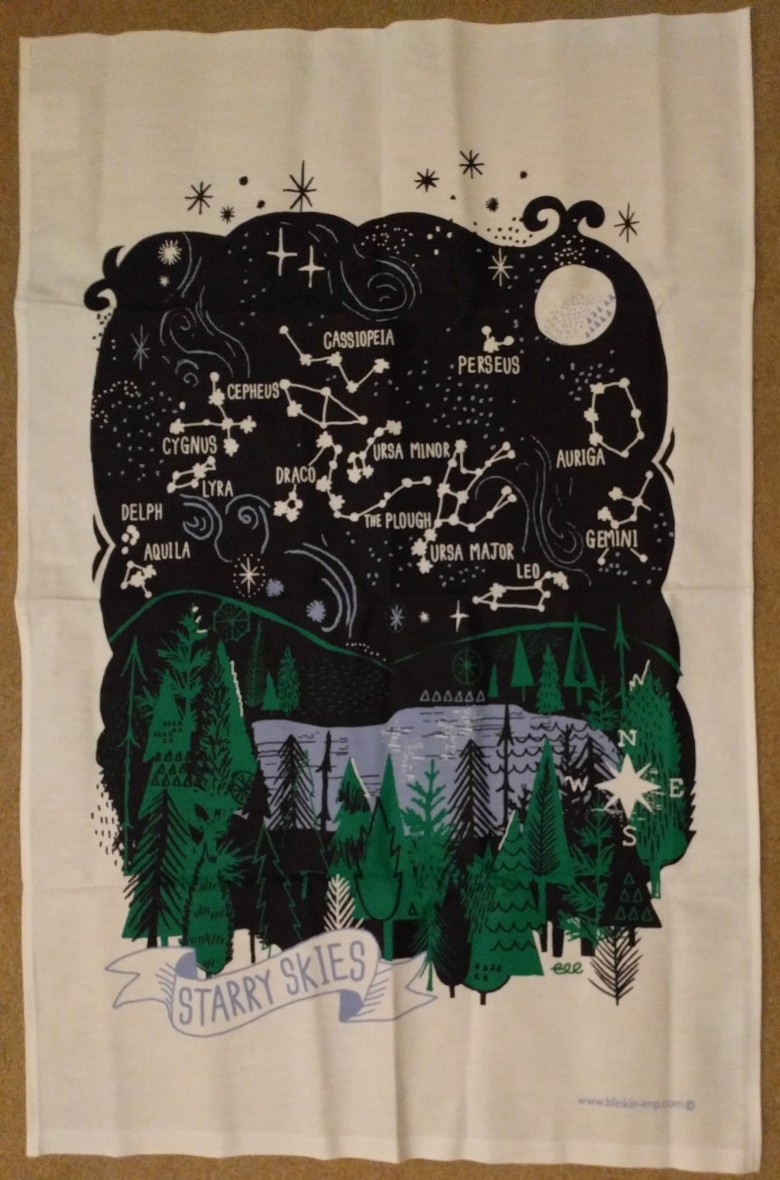 I absolutely love this print – I think it’s really enchanting. 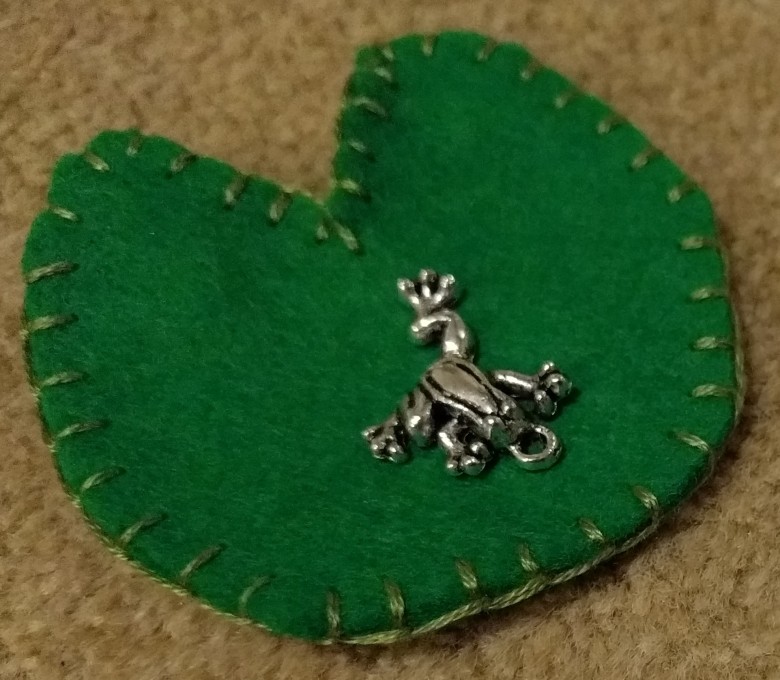 The frog is relevent to the book, and future boxes will each have a charm included that fits in with the theme of the box.

And, of course, the book.  I’m always a little apprehensive about being given books – I read a lot (duh!), so I worry that it will be something I’ve already got, read or even worse, dismissed, so I was delighted to see that it was not only something new to my TBR, but also a title that I’d never heard of!

Published by Seren, this quarter’s book is Star-Shot by Mary -Ann Constantine:

Here’s the synopsis from Goodreads:

Part fable, part mystery, Star-Shot is a stylish debut novel set in and around Cardiff’s National Museum in a time that is almost, but not quite, our own. As their paths cross in a circumscribed world of benches, parks and galleries, a handful of characters reveal their stories of obsession, loss and recovery, creating a fragile network of relationships which will help to resist the inexorable channels of silence eating into the city.

A brittle young woman sits on a bench in Gorsedd park, conscious of the powerful building behind her; a tall man carries a box full of a strange organic substance up the entrance steps; a young father explains the formation of stars to his tiny son. As university researchers try to map and understand the destructive silence snaking around them, it becomes clear that the linked lives of these and other marginal characters offer ways of countering its effects. Poignant and humorous, Star-Shot is an exploration of how objects and images can focus our grief and desire; it is also a meditation on the regenerative power of garden ponds, and the cosmic significance of frogs.

Beautifully illustrated with woodcut-style motifs by Clive Hicks-Jenkins, this is a subtle urban novel with a supernatural twist.

Then there are the two Kickstarter rewards, which included yet another book that I’d never heard of, as well as a mug thematically matched to the book:

The synopsis of Desire for Chocolate:

Three women, three centuries and the same porcelain chocolate pot: Sara, the scion of a dynasty of chocolatiers from Barcelona, who prides herself on maintaining the family tradition; Aurora, the daughter of a nineteenth-century maidservant, for whom chocolate is a forbidden luxury; Mariana, the wife of a famous seventeenth-century chocolate manufacturer, an official purveyor to the French court and the inventor of a revolutionary chocolate mill.

In Desire for Chocolate, Care Santos takes us on a spellbinding journey, masterfully juxtaposing the destinies of her protagonists, chronicling the history of our favourite confection and exploring Europe’s changing social norms. Luscious and addictive, this novel will delight the reader’s senses from start to finish.

In case you can’t tell, I’m really pleased with the Ninja Book Box, and I will be subscribing for a regular box.  Due to the Kickstarter campaign, this box did contain more than future boxes will, but I think that the thought that has gone into the box and the themed gifts, as well as the quality of those gifts, makes this a worth-while subscription.