It’s my stop on the blog tour for The Black Prince by Adam Roberts – a novel adapted from an original script by Anthony Burgess, and I have one copy to giveaway.  Details on how to enter the giveaway can be found towards the end of this post, but first, a little about the book.

‘I’m working on a novel intended to express the feel of England in Edward III’s time … The fourteenth century of my novel will be mainly evoked in terms of smell and visceral feelings, and it will carry an undertone of general disgust rather than hey-nonny nostalgia’

The Black Prince is a brutal historical tale of chivalry, religious belief, obsession, siege and bloody warfare. From disorientating depictions of medieval battles to court intrigues and betrayals, the campaigns of Edward II, the Black Prince, are brought to vivid life by an author in complete control of the novel as a way of making us look at history with fresh eyes, all while staying true to the linguistic pyrotechnics and narrative verve of Burgess’s best work.

Brings to light unpublished material from one of the twentieth century’s literary titans, author of A Clockwork Orange, Inside Mr Enderby and Earthly Powers.

Adam Roberts has worked with the full cooperation of the Burgess Foundation.

Roberts is a celebrated novelist in his own right: Jack Glass (2012) won the British Science Fiction Award for Best Novel and 2015’s The Thing Itself was described by the Guardian as ‘a dazzling philosophical adventure’. Widespread review coverage is expected and the author will be available for events.

For fans of Paul Kingsnorth’s The Wake, Patrick DeWitt’s The Sisters Brothers, and His Bloody Project by Graeme Macrae Burnet.

Adam Roberts is a writer, critic and academic. He is the author of sixteen novels and many shorter works, including the prize-winning Jack Glass (2012). His most recent novel is The Real-Town Murders (2017). He is Professor of Nineteenth-Century Literature at Royal Holloway, University of London, and has published critically on a wide range of topics, including nineteenth- and twentieth-century fiction and science fiction. He lives in the south-east of England.

This giveaway is open to UK residents only (sorry!) and you have until midnight (UK time) on 11 October to enter.  A winner will be chosen at random from the entries. 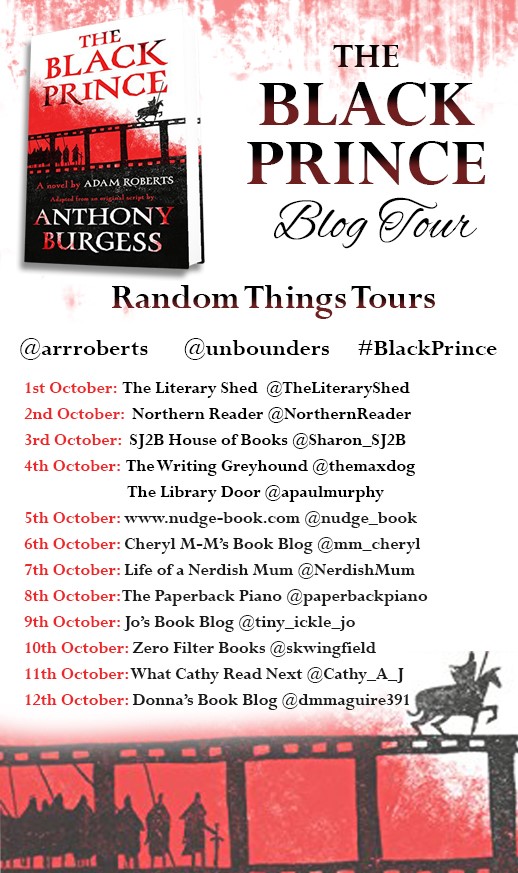