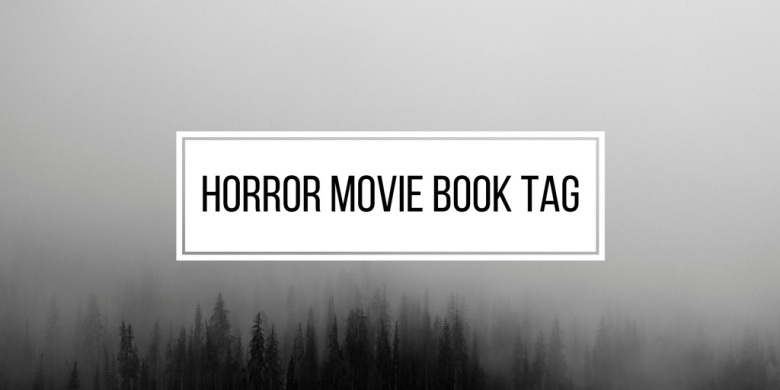 Many thanks to Annie over at The Misstery for tagging me into this one.  If you don’t already follow Annie’s blog, you really should – she reads a wide variety of novels, and I’ve added several books to by wish list and TBR as a result of her wonderful and honest reviews!

THE ZOMBIE APOCALYPSE: A BOOK YOU WOULD SAVE WHEN CIVILISATION ENDS?

It might be cheating, but I’m going to say The Knowledge by Lewis Dartnell, as it’s a handy guide for restarting civilisation should the worst happen.  It covers a multitude of aspects, including how to purify water, make cloths from scratch and how to get technology going again.

THE VAMPIRE: A BOOK YOU WOULD STAKE THROUGH THE HEART?

The First Bad Man by Miranda July.  There was a lot of hype about this when it was first published a couple of years ago.  I’ve honestly no idea why – I didn’t enjoy it at all.

THE HAUNTED HOUSE: A BOOK THAT STILL HAUNTS YOU?

The Handmaid’s Tale is a book that has stayed with me since I first read it at the age of 17.  I’ve reread it since then, and it’s still as powerful now as it was when I first read it.  Perhaps even more so, given what’s going on in the world…

THE PSYCHOLOGICAL THRILLER:  A BOOK WITH A TWIST YOU DID NOT SEE COMING?

I recently (so recently I’ve not had chance to review it yet!) read Gone Without a Trace by Mary Torjussen.  Hannah comes home one day to find her partner, Matt, has left the house they share.  He’s taken everything of his with him, and the house looks exactly as it did before he moved in.  He’s even put Hannah’s books which had been moved to the loft back on the book shelf.  There’s no sign he was ever there, it’s like he never existed… Brilliant, brilliant book, and I did not see that twist coming at all!

THE CREEPY DOLL: A BOOK THAT SEEMS INNOCENT BUT ISN’T?

A couple of years ago, Penguin released a Modern Classics edition of Charlie and the Chocolate Factory, with this wonderfully creepy cover.  It proved to be Marmite – some, like me, loved it, and others hated it.  I loved it so much that I went out and bought it, and gave it a reread for the first time since I was child.  And it’s wonderfully dark reading it now.

THE MONSTER: A BOOK YOU COULD BARELY TACKLE/DEFEAT?

I’ve found this to be a particularly difficult category, as if I’m not enjoying a book, I won’t usually finish it.  But there are some that I’ve not enjoyed that I’ve really wanted to like, and that I have persevered with, one of which was J by Howard Jacobsen.  I read it in 2014 when it was first published, and I can’t really why I struggled with it so much, but I do remember it being hard work.

THE COMEDY-HORROR: A BOOK WITH MIXED GENRES THAT WORKED (OR DIDN’T)?

I absolutely loved Dark Matter by Blake Crouch, and found it to be a wonderful mix of science fiction, thriller with a bit of a love story thrown in for good measure.

THE (CLICHED) TEEN HORROR: A BOOK YOU FOUND SUPER CLICHED/STEREOTYPICAL?

It took me an age to think of something for this category, and I’m not entirely sure that this answer is what was meant for this tag, but, in the absence of anything better:

I loved David Eddings’ series The Belgariad, which starts with Pawn of Prophecy, when I was growing up (pre and early teens).  Whilst I can see that these books are quite cliched in the “orphaned child is actually king of the world” sense now, I do still have fond memories of them, and I’ll still read them again at some point.

THE DEMONIC POSSESSION: A BOOK SO GRIPPING YOU NEEDED AN EXORCIST TO ESCAPE IT?

For me, Sleeping Giants was one of those books that I started reading and had to keep going to find out what happened – it’s absolutely amazing.

THE SCIENCE FICTION: A PRECIOUS BOOK YOU WOULD PERMANENTLY SACRIFICE TO ALIENS FOR THE GOOD OF MANKIND?

This is another tricky one to answer, but I’ve chosen Beauty by Raphael Selbourne, which is a novel about overcoming differences, of race, in this instance, but I think that it shows that we are capable of acceptance and of seeing past the things that make us different, and that might be important should aliens come calling!

And anyone else that would like to take part!