Many thanks to Annie at The Misstery for tagging me in to the Mid-Year Book Freak Out Tag, which is (as far as I can tell) an excuse to go over the highs (and lows) of 2016s reading.  So, without further ado:

It’s always hard to choose, but I think that my favourite book of 2016 (so far!) is Anatomy of a Soldier by Harry Parker.  I found this to be a highly original novel, and one that I didn’t expect to enjoy anywhere near as much as I did. 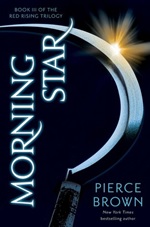 This was an easy choice, and goes to Morning Star by Pierce Brown – the stunning conclusion to the Red Rising trilogy.

New release you haven’t read yet but want to:

Again, there are lots to choose from here, but looking at my recent purchases, the one that stood out is Snakewood by Adrian Selby.

Here is the synopsis from Goodreads:

A LIFETIME OF ENEMIES HAS ITS OWN PRICE

Mercenaries who gave no quarter, they shook the pillars of the world through cunning, chemical brews, and cold steel.
Whoever met their price won.
Now, their glory days are behind them. Scattered to the wind and their genius leader in hiding, they are being hunted down and eliminated.
One by one.
A groundbreaking debut fantasy of betrayal, mystery, and bloody revenge.

Most anticipated release for the second half of the year:

Dark Made Dawn by J. P. Smythe – I loved the first instalment of the Australia trilogy – Way Down Dark – and I have the second novel (Long Dark Dusk) ready to go on my TBR pile.  I’m not posting a synopsis, as I think it would spoil the first novel somewhat.

The Life of Elves by Muriel Barbery – I loved The Elegance of the Hedgehog, so I had really high expectations of this, but it just didn’t do it for me.

Probably Beatrice and Virgil by Yann Martel, which I read as part of Dewey’s Readathon in April.  I’d chosen a theme of books with names in the title (I can never decide if these should be referred to as eponymous novels or not), and I picked this largely because it fit the criteria, and because I’d read and enjoyed Life of Pi previously.  But this blew me away, and I enjoyed it so much more than I expected to (and it’s better than Life of Pi!)

This is a tricky one, but I’m going to say Sylvain Neuvel, because I enjoyed Sleeping Giants so much!

Right, not wanting to be a killjoy, but I don’t really get the whole fictional crush thing.  There are characters that I like and plenty that I don’t, but I’m not sure I have a crush on any of them.

Book the made you cry: 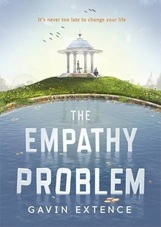 There aren’t many, but I may have shed a tear or two over The Empathy Problem by Gavin Extence.

Book that made you happy:

This is a difficult one!  I have a penchant for books that are bleak in nature, and happy doesn’t really go hand in hand with bleak!  I’d probably have to say Falling by Julie Cohen (which was under a working title of The Day of Second Chances when I received an ARC) though.

It’s probably quite predictable, but of films I’ve seen recently, I’d probably have to say The Martian.  I loved the novel, and I thought that the adaptation was really well done.  I was a little surprised at some of the elements that were left out, although I appreciate that it’s hard to get everything from the page into a film.

I’m honestly not sure.  There are definitely posts that I think have been better than others, but I’m not sure I could pick a favourite.  I quite like doing posts that aren’t book reviews once in a while, so blogging about Hay Festival – 2016 and Dewey’s 24 Hour Readathon are probably up there.

What books do you need to read by the end of the year: 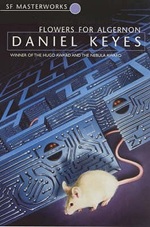 Oh so many!  MY TBR currently stands at 37 books, and no matter what I do, it never seems to go down all that much.  If I have to pick one, it’s probably Flowers for Algernon, as I was given this as part of last year’s work Secret Santa, so I should probably try to get to it before Christmas comes around again!  It is also my only unread book from before 2016, so it would also bring my TBR a little more up to date!

I’m not going to tag in anyone specifically to do this tag, but I’d encourage all to get involved! 🙂