I’m delighted to be taking part in the blog tour for Burned and Broken by Mark Hardie, which is currently available to buy as an eBook, and which will be released in paperback in May.

The charred body of an enigmatic policeman – currently the subject of an internal investigation – is found in the burnt-out shell of his car on the Southend sea front.

Meanwhile, a vulnerable young woman, fresh out of the care system, is trying to discover the truth behind the sudden death of her best friend.

As DS Frank Pearson and DC Catherine Russell from the Essex Police Major Investigation Team are brought in to solve the mystery of their colleague’s death, dark, dangerous secrets begin to surface. Can they solve both cases, before it’s too late?

Mark Hardie’s stylish and gripping debut introduces a brilliant new detective duo to the world of crime fiction, weaving together two suspenseful stories that end in a breath-taking finale.

I thought that the structure of Burned and Broken worked really well.  The novel opens with a short prologue which focuses on the death of DI Sean Carragher – currently the subject of an internal investigation.  From there, the novel jumps back in time by four days, and then leads up to and beyond this opening scene.  For me, this structure worked brilliantly – I liked knowing part of the outcome, yet still being able to enjoy the journey as I found out what happened to Sean and how he ends up as he does.

Intertwined with this plot line is a second mystery in which a young woman, Donna, is desperately seeking information as to what happened to her friend.  Alicia’s death was ruled an accident, but Donna is convinced that it was murder, and becomes frustrated when the police won’t take her seriously.  Having run out of alternative options, she takes matters into her own hands.  Whilst I found Donna’s story a little more difficult to get into, I did feel extremely sympathetic towards her character.  She is quite a troubled young woman and extremely vulnerable, although there is strength and courage in her.

Burned and Broken is told from multiple points of view, and I did initially find it a little difficult to keep track of who’s perspective the story was being told from and what their role was, particularly when the perspective changed mid-chapter (although this doesn’t happen often).  It soon became much clearer, however, as I got into the story, and I found this to be a riveting read.

Dark and gritty, Burned and Broken is a great addition to the genre, and I’m looking forward to reading the next instalment in the Pearson and Russell series, Truly Evil, which is due for publication later in 2017.

Many thanks to Clara Diaz and the publisher, Sphere, for providing a copy for review.

Mark lives with his wife Debbie in Southend-on-Sea. 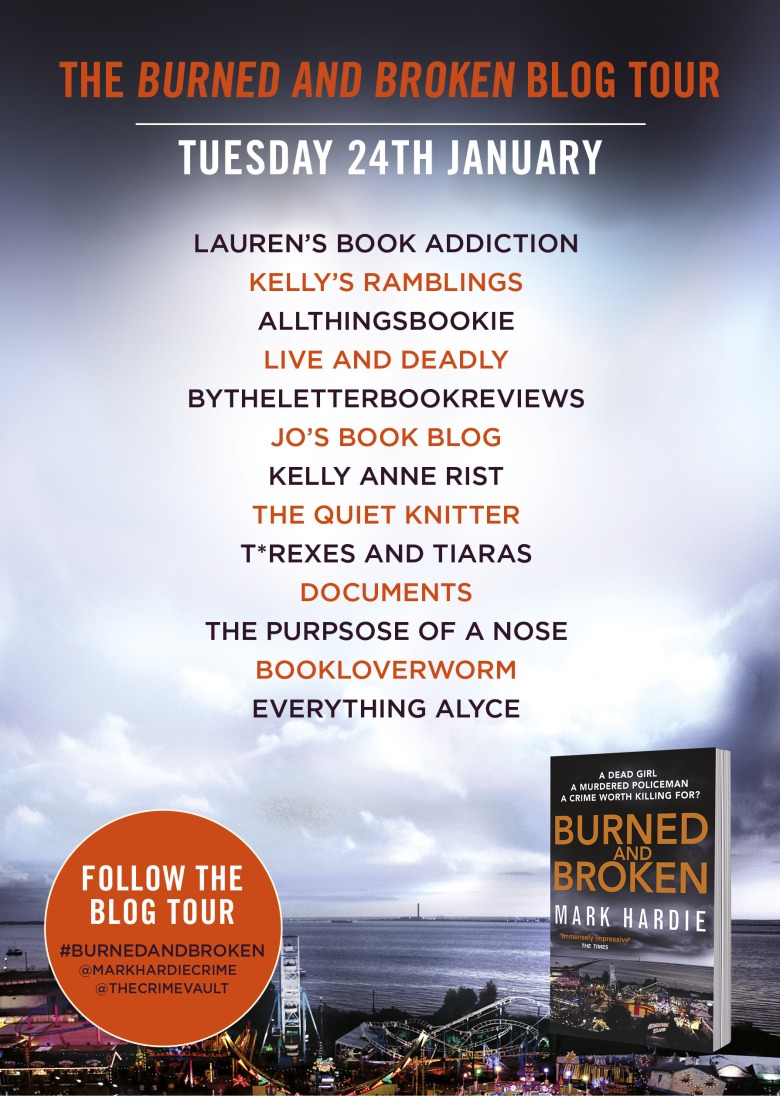